The telecommunications industry is undergoing a major shift to adapt to rapid technological change and consumer empowerment. There is significant responsibility placed on telecom providers to invest in the digital communications infrastructure that will shape Australia’s future, and they must navigate the technical challenges plus customer and broader community expectations. This has been witnessed in the recent National Broadband Network (NBN) rollout, and now the deployment of 5G technology which is poised to provide the connectivity to power our smart cars and homes, industries and cities.

Coordination with AI, Machine Learning and the Cloud to scale such endeavours, and management of the security and privacy implications for customers, further raises the stakes. Telecom providers must move beyond traditional customer models and deliver new services that secure new revenues.

Consultel Solutions has a wealth of experience supporting telecom providers to innovate, and can facilitate their ambitions through the delivery of cutting edge technologies, project management, talent solutions and Statement of Works. Our end-to-end, consultative and customer-centric solutions are underpinned by an intuitive understanding of the telecommunications space and its unique needs.

Alongside a strong IT professional services capability, our reputation and core strengths are in Telecommunications which encompass; utilities, carriers and services providers. We cover the complete spread of technologies that are deployed within the industry.

Consultel Solutions has a solid communications/telecommunications industry background, with extensive experience building long standing partnerships. Our approach has evolved as the industry requirements have changed.

SOW specialist resources across key areas of ICT and engineering

We collaborate with customer stakeholders to develop an enterprise ITC strategy that complements their current and future operations requirements.

Management of system/network tender processes for customer to ensure the optimal solutions are selected.

We don’t just consult on the best use of technology; we deliver turnkey services through the customer-centric 4D methodology.

EAP4: Telstra (for the Department of Justice)

EAP4 is being built as the Australia wide National Emergency Alert to issue warnings to landline telephones and mobile phones linked to registered service addresses (properties and houses), or mobile phones registered with cell towers identified in a geographical area affected by an emergency.

Consultel Solutions and our partner Everbridge Inc. has been selected to provide the EAP4 application, being at the core of the  ability for state governments to issue alerts to the community under threat.

How we’re providing this solution

The work Consultel Solutions is providing will help keep Australians safe during time of natural disasters such as fire, flood, cyclone, tsunami along with alerting the public in time of heightened threat due to events like terrorism, active shooter or civil unrest. EAP4 is planned to go live in July 2020 and operate well into the next decade. More information regarding Emergency Alert can be found at http://www.emergencyalert.gov.au/

ANZ Bank supports data network services to all countries where ANZ operates.  The model of delivery varied greatly across the services and geographies. Following a managed service tender, ANZ resolved to migrate all data communications carrier services from Orange to SingTel. This includes design of routing protocols as well as voice; IPTel and local area network (and associated QoS (Quality of Service)).

Consultel Solutions was responsible for designing an IP VPN network for SingTel Optus that was rolled out to ANZ offices and branches across more than 30 countries around the world, primarily in Asia and the Pacific Islands.

We managed the detailed design and transition management to ensure the sites were cutover in an efficient manner. Consultel provided the Project Management Office (PMO) team in Singapore to coordinate the design and assist with transitions onto the SingTel Optus network.

Following successful completion, Consultel was engaged to assist with the rollout of a complimentary network for RBS (Royal Bank of Scotland), an ANZ subsidiary, across all 70 branches in Asia.

The Commonwealth Government’s National Broadband Network (NBN) was announced in April 2009 and since that time NBN Co had been rolling out the Fibre to the Premise (FTTP), fixed wireless and satellite broadband network in locations across Australia.  In April 2013 the Commonwealth Opposition released its communications policy – The Coalition’s Plan for Fast Broadband and an Affordable NBN.  The policy flagged a number of comprehensive reviews of the NBN and NBN Co.

The federal election was planned for August 2014 and the Victorian Government commissioned a consortia consisting of Paul Paterson (Economist) and Consultel (Broadband Technical) to provide evidence based input into the Coalition’s planned NBN reviews.

The objective of this project was to develop and build off existing research to support timely, high quality and strong advocacy to the Commonwealth Government on development of the most effective broadband policies for Victoria.

The research undertaken by Consultel and Paul Paterson took into account the array of variables impacting on NBN technology options which included HFC, copper cable(and VDSL), wireless and provide detailed analysis of different NBN scenarios for delivery of these options (for example, current NBN, Coalition NBN and/or variants of these).

The solution we delivered

As part of the consultancy Consultel and Paul Paterson held three separate workshops for approx. 20 Departmental CIOs.  Each workshop built from the information presented and socialised by the previous workshop.  These workshops provided key Government stakeholders with a unified Victorian Government position with respect to the Coalition’s NBN plans.

The Federal Coalition won government in August 2014 and the work completed by Paul Paterson and Consultel was used by the DSDBI Deputy Secretary and his minister to advocate to the new federal government those matters that were important to the Victorian Government in the Planning of the Coalition’s revised FTTN NBN plan.

Amcom is an Australian carrier based in Western Australia.  Amcom engaged Consultel Solutions to review its network architecture and its optical and data-comms equipment supplier.  The review was commissioned following unplanned major network outages of their data network.

Consultel were asked to investigate the data network, and the key supplier, in an open and transparent process. The supplier was fully aware of Consultel’s activities and actively participated in the review.

Consultel undertook a review of the core infrastructure and also reviewed the facilities, R&D and overall competence of the equipment vendor which included a visit to the manufacturing and R&D facilities in China.

The findings and recommendations contained in Consultel’s report was accepted and implemented by the Amcom Board of Directors.

Keep up to date with all our latest blogs, events, technology and industry updates. 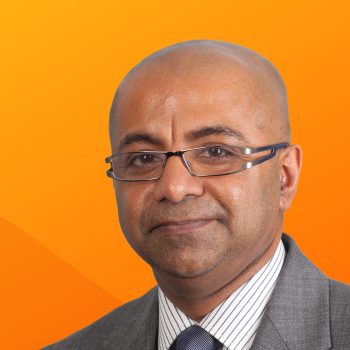 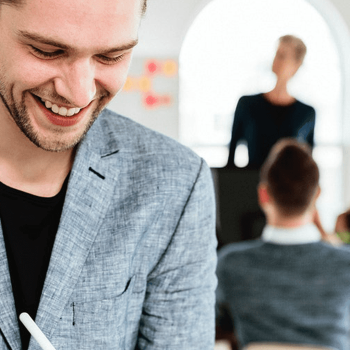 Discover our IT Professional Services

Learn how we provide businesses with comprehensive IT Professional solutions.Read More